It’s been five years and I honestly don’t know where the time has gone.  When we brought him home from the hospital he had spent his life swaddled and without the attention that an infant needs to grow and develop.  He was just a cross eyed squishy baby.  That didn’t last long.  Once the swaddling was off he didn’t want anything to confine him.  He wasn’t even comfortable being held close and would howl until he was set free again.
It’s been five years since cancer sent his mother home to be with the Lord.  Five years since Trudy and I realized we were going to do everything to do as his mother wished and raise Tian Ci as our own.  At the time, everyone agreed that it would be a simple matter to adopt him.  His single mother had made us legal guardians.  We had assurances from her family that they could not raise the child.  His father was never identified.  It looked as though everything would sail right through.

It’s been five years and we are no closer to TC’s adoption.  This month, Lord willing, we will go through another home inspection, the last major hurdle to being allowed to adopt.  Though we will be ready in every way we can be, the system is still not ready to accommodate our circumstance.  Our unique situation, knowing TC and raising him all this time, under the current system makes it impossible for us to adopt him.  It seems counter intuitive but it is true.


Please keep us lifted as we pursue every proper opportunity toward Tian Ci’s legal adoption. 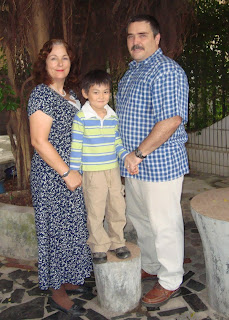