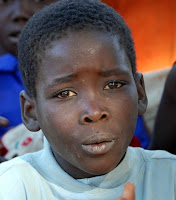 …O LORD, no one but You can help the
powerless against the mighty!
Help us, O LORD our God,
for we trust in You alone.
It is in Your name that we have
come against this vast horde.
O LORD, You are our God;
do not let mere men prevail against You!
2 Chronicles 14:11
God heard our cries for the victims being trafficked from Kenya!
The last six months the national media has been candidly reporting testimonies from women who managed to escape the horrors of slavery and sex trafficking. Read a few of the summarized testimonies on our cause page (http://www.causes.com/causes/659251-far-reaching-ministries-aviation) but the recurring theme of these stories is, “I thought I was going to work at a legitimate job, only to find myself a slave.”
Employment agencies use every deceitful means of persuasion in the book – including claiming to be “Pastors” – to lure unsuspecting, and largely unskilled, poverty stricken, people by the thousands. The duped employment seekers are promised a job, a salary (in Kenya equivalent to about $200/month), and transportation. In return, the victims must surrender their passports, pack their suitcases, and report to the agency office for the flight – only to be herded together in a group through the airport. Sadly, once they “reach” their destination it’s often another country then they were told and it’s ALWAYS a job no one would knowingly accept. Women are forced into sex slavery and prostitution then tortured, tormented, and traumatized!
BUT, you see they can’t leave because someone from the “agency” kept their passport, they can’t get on a flight because the “salary” they were promised never comes, and they can’t ask local authorities for help because so many are  directly linked in to the trafficking network! The corruption has infected every level of the system in the countries on the sending and receiving end. It’s the best funded industry and the most lucrative financially – drugs can only be sold ONCE; but people can be sold OVER and OVER again. The odds are overwhelmingly against us…BUT God is on our side!
God led us to sound a call to prayer (https://frmusa.org/#/human-trafficking) and MANY of you joined in our battle. In Nimule, we have prayed with tears asking God to shut such agencies –  that are actually instruments of cruelty – down. We asked in FAITH and God has done it!
This weekend the Daily Nation newspaper reported that the government has banned all hiring agencies from sending citizens to Middle East countries. It’s not the end to Trafficking in Kenya, it’s a beginning…PLEASE KEEP PRAYING…
Behold, the LORD’s hand is not shortened, that it cannot save;
nor His ear heavy, that it cannot hear.
But your iniquities have separated you from your God;
and your sins have hidden His face from you,
so that He will not hear…  No one calls for justice, n
or does any plead for truth.
They trust in empty words and speak lies; they conceive evil and bring forth iniquity…
The way of peace they have not known,  and there is no justice in their ways;
they have made themselves crooked paths; whoever takes that way shall not know peace.
Therefore justice is far from us, nor does righteousness overtake us; we look for light,
but there is darkness…our transgressions are multiplied before You,
And our sins testify against us; for our transgressions are with us,
and as for our iniquities, we know them: in transgressing and lying against the LORD,
and departing from our God, speaking oppression and revolt,
conceiving and uttering from the heart words of falsehood.
Justice is turned back, and righteousness stands afar off;
for truth is fallen in the street, and equity cannot enter.
So truth fails, and he who departs from evil makes himself a prey.
Then the LORD saw it, and it displeased Him that there was no justice.
He saw that there was no man, and wondered that there was no intercessor;
Therefore His own arm brought salvation for Him; and
His own righteousness, it sustained Him.
For He put on righteousness as a breastplate, and a helmet of salvation on His head;
He put on the garments of vengeance for clothing, and was clad with zeal as a cloak.
According to their deeds, accordingly He will repay, fury to His adversaries,
recompense to His enemies …He will fully repay.
So shall they fear the name of the LORD …and His glory from the rising of the sun;
When the enemy comes in like a flood,
The Spirit of the LORD will lift up a standard against him.
“The Redeemer will come to Zion, and to those who turn from transgression in Jacob.
As for Me,” says the LORD, “This is My covenant with them: My Spirit who is upon you, and
My words which I have put in your mouth, shall not depart from your mouth,
nor from the mouth of your descendants, nor from the mouth of your descendants’ descendants,”
says the LORD, “from this time and forevermore.” ~ Isaiah 59