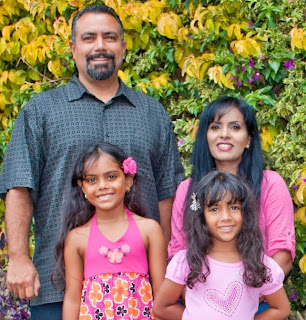 The 2007 Kenyan election:  we remember it like it was yesterday.  It was a time of violence, endurance and scarceness in Nairobi, Kenya.  The riots lasted three months.  We could not evacuate because Twinkle was too close to giving birth to Sophia.  We had a difficult time finding the essentials like bread, water and milk at the grocery stores.  The church remained open and became a refugee for many hungry and hurting Kenyans.
We were preparing for more of the same uprisings during the 2013 presidential elections.  We evacuated all non-essential missionary personnel and handed much of the responsibilities over to capable nationals. I (Dave) was planning to stay and minister, but was redirected by the Lord to return to the states, and seek other treatment options for Twinkle’s debilitating neck and back problems.  Once in the States, I heard reports that large crowds of people were lining up to vote.  I became concerned, knowing it would take only a small spark to set off a riot. But everything was surprisingly peaceful. I was elated by the peaceful actions of the Kenyans.  We are all praising God that when the newly elected Kenyan president was sworn into office, the country remained at peace—despite the fact that the opposition parties have filed a case in the Kenyan courts, accusing them of rigging the voting during the elections.  The newly-elected President Uhuru Kenyatta and his running mate both face charges of crimes against humanity for past election violence through the International Criminal Court (ICC).  Please pray for the new Kenyan President and for peace to continue to reign in Kenya.
An update on Twinkle’s health:
Twinkle’s health continues to improve.  She does have a bulging disc that’s pressing on to her spinal cord and she has painful bone spurs in her neck, which are also adding pressure.  The Praise Report: Through numerous treatments, Twinkle’s pain level continues to stabilize and she is now able to function more normally.
Thank you so much for your prayers and financial support for our family.
In Christ,
Dave & Twinkle Zavala
Africa: Nairobi, Mombasa, DR Congo
To support Dave & Twinkle Zavala, go to: www.supportFRM.org
(include Zavala under comments)
Far Reaching Ministries
North American Headquarters
38615 Calistoga Drive
Suite 100
Murrieta, CA 92563
Office: +1 (951) 677-4474
www.frmusa.org